Summertime and the Living Ain’t Easy

Posted on September 2, 2017 by Mike Slickster 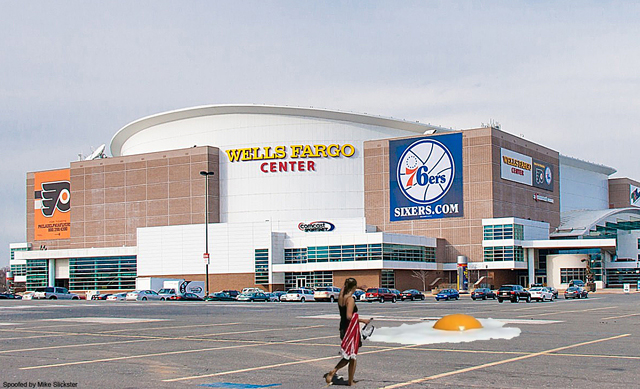 How Hot Was It?

Summer is slipping away with the Labor Day Weekend upon us, and not a moment too soon.  Never thought that way until relatively recently. Always felt melancholy as the autumn equinox approached. Still do for the simple fact of decreased daylight, and that winter, a least favorite of this complainer, is not far behind at the rate seasons appear to fly by progressively faster.

Yet, as this summer fades, so does the dreadfully torrid weather we had mostly everywhere, which seems to have gotten increasingly hotter each year for the past several.

Below is a graph from the National Oceanic and Atmospheric Administration, showing the nine warmest years globally on record, and guess what? Eight of them occurred within the past twelve years.

However, according to the White House and many legislators with a great portion of the U. S. voting population, global warming is all a hoax and fake news. The present administration pulled out of the Paris Climate Accord this year for reasons unclear, other than trying to undo the legacy of the past chief executive; but let’s not get into politics. Too much of it fills our daily lives already as it is.

Summertime was the favorite time of the year for this aging cynic, a season for celebration, looking forward to fun in the sun, vacations, and rock-‘n’-rolling all night long. Not so fun anymore while being drenched in sweat and fatigued by the heat.

The weather and temperatures have broken finally. How does Mother Nature do that, knowing to flip the switch regularly around the first of September? Indian Summer was a joy for me too, as it always seems to happen around the World Series. Now, I’m looking forward to putting on the old leather jacket again, and hoping another heat wave is at least a year away.

Labor Day was a special time for my family, as we always went to Canada for the three-day weekend. I’ve posted about it before in this journal, and even waxed poetically about the end-of -summer holiday here.

Like music, holidays jog one’s memory, bringing back to mind various events from long ago, and carting along with them, the heartfelt emotions experienced at the time. As mentioned often on these pages, I always try to remember the humorous times. No sense delving in unhappiness, which brings us to the closing of this week’s entry with a little story about one of our crazy Labor-Day jaunts to the Great White North.

My father had just bought a few acres of land in Saint-Alexandre, Québec, in the Regional County Municipality of Le Haut-Richelieu. The area is a rural-farming district with a sparse population. Canada’s 2011 Census counted 2,495 residents, which was most likely a lot less when the following took place.

A small house, which I considered a shack, sat on the property, along with a barn, and an outhouse that wasn’t found until the end of our stay that weekend. No indoor plumbing was available, just a hand pump next to the rusted porcelain sink in the kitchen.

We had to make sure we filled a jar with water after using the pump, for it needed to be primed each time, or all one got was air.

Pop had rented a backhoe to dig a trench for a septic tank. He and his brother worked all weekend installing it, with plumbing to the inside of the three-room cabin, installing a loo, tub and sink in the newly constructed bathroom, a hot-water heater in one of the closets, and a new sink and faucet in the kitchen.

A new electric water pump sat in the crawl space under the house. One thing about my dad and his brother, they worked like gangbusters, outfitting the place with modern conveniences by the time we returned to the States.

Meanwhile, my two best friends, Bob and Bruce—members of our little garage band—went on the trip with us. I was thirteen at the time. We took turns operating the backhoe during the initial digging for the septic tank, under close supervision by either my father or Uncle Gaston.

At night we youngsters slept outside in our sleeping bags under billions of stars, viewing them unhampered by light pollution, gazing at the meteor showers, counting at least two dozen each before falling asleep.

My only complaint about our foray with living like frontiersmen was regarding the infernal poison-ivy rash all over my backside, resulting from my having to relieve myself outdoors like a bear in the woods due to not discovering the whereabouts of the outhouse until our last day at Chez Pop, when we cleaned out the barn that was cluttered with old wood, junk and other debris.

After my friends and I had cleared a path inside, we spotted the crappers in the far corner, two of them sitting side by side with lids covering holes through an enclosed platform made of varnished wood. I supposed back in the day, folks enjoyed having company while taking care of their business, which seems rather crude and smelly.

It was a rough ride home to Hackensack for me, albeit. No amount of calamine lotion took care of my nasty itching.

A few years back, Bruce from that trip found me through Classmates.com, and we reconnected after a few decades of having each gone our separate ways. He sent me the following scanned photos from his archive, which gave me quite a chuckle upon receiving them in my e-mail: 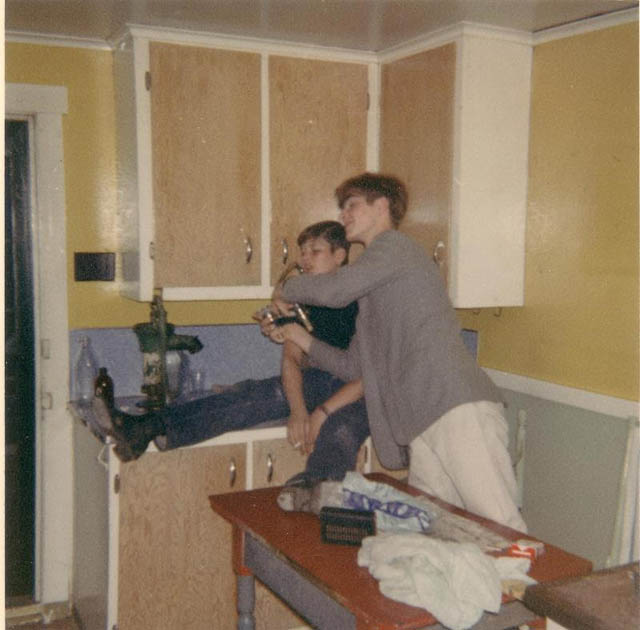 Bob and Mike in Pop’s Shack: Notice the hand pump on the counter where I was seated. Bob was handling the new faucet, and I was pretending to drink water from it. 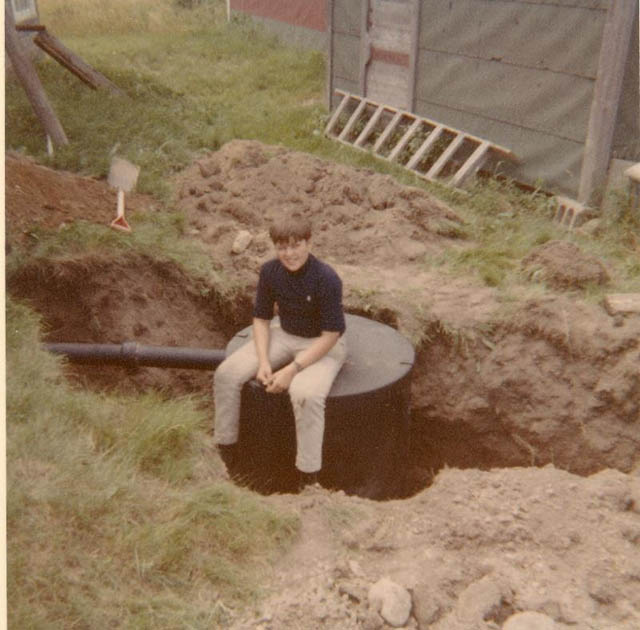 Taking a break in the kitchen. The room in the rear was the only bedroom.

Ah, nothing like a trip down Memory Lane. As promised last time, allow me to share Rie Waits’ and my latest duet, a tune called, “Ain’t No Business But My Own.”

Thanks, for stopping by and for your continued support.