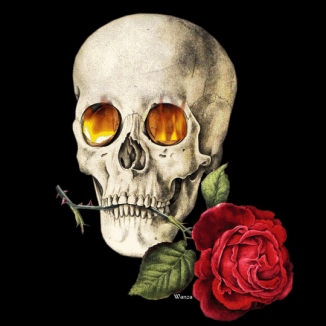 “Sleep, those little slices of death; oh how I loathe them” is attributed to Edgar Allan Poe, as found on the ever knowledgeable Internet, which must make it true, right? Wrong! Show me from what work of his that quote originated.

Many say he never uttered it at all.

Regardless, I like the saying. To go along with it, I think dreams are the best part of sleeping.  At least they are for me. How boring life would be without them.

Why does time really fly by quickly while one is asleep? As a child, I would go to bed early on Christmas Eve so the morning and the opening of my gifts would arrive sooner. Learned that trick long ago. Same thing went for the night before my birthday. If you can’t wait until tomorrow, go to sleep.

Crazy dreams have been occurring to me lately, especially a recurring one that drives me nuts. When I worked in radio, the worst thing that could happen to a DJ was to experience “dead air,” which was total silence being broadcast.

To prevent such a dilemma, we always had a way out; at least I did. Pre-recorded tape cartridges, on which commercials and public-service announcements  awaited, were handy-dandy for slapping into a tape deck at a moment’s notice to fill the void until a vinyl record could be placed onto the turntable and cued.

That was in the dark ages, by the way, when everything operated in analog. Now with our omnipresent digital apparatuses (apparati?), being controlled by computers, all content is readily available from the “cloud,” so to speak, or on a hard drive, handily executed by a few keystrokes.

In my recurring dream, I’m always caught without a record cued up, with none available anywhere in the control room; nor are any CDs, or tape cartridges, which has me running around frantically in search for something to throw on the air.

Funny how it still bothers me, considering I hung up my radio headphones over thirty years ago.  Dream psychologists might say it’s because of underlining stress during my waking hours, although, I’m fortunate not to have any stress, other than complaining about having hardly any respect on Social Media.

The other night, I dreamt about looking out the window at a bald eagle, preening itself on a branch in a nearby tree. An insanely terrified person appeared suddenly on the opposite side of the window panes before me, a man with dark, curly hair, and eyes that bulged from their sockets as if they were going to explode at any moment.  His mouth was in a wide grimace, his green, rotted teeth displayed most predominately.

I told him he better get away from there because of the raptor perched within reach of his horrified countenance; yet he continued to peer inside at me as yellow pus oozed from his nostrils like molten lava from a volcano.

That did it, making me run outside to see the bald eagle had sunken its talons deep into this pitiful apparition’s back and was tearing pieces of skin from the wretched person’s neck, with blood pulsing out of the wounds, as if the bird had severed its victim’s jugular veins.

The weirdest part of all this was the way the man moaned during each moment the predator tore a chunk of flesh from either side of the former’s neck or face. It sounded as if the victim was being caressed by a lover, not ravaged by a killer.

I bet Freud would have a field day with that one.

Methinks I’ve been spending to much time photographing the Pennypack Park and Burlington Island bald eagles, as well as all the ospreys up and down the Delaware River.

Last night I dreamed a tick had fastened itself to my back, telling the person who was also in the chimaera that I had better remove it. Upon my doing so, the arachnid landed on the ground, appearing to be the size of a shoe, with markings of a black widow: not red, but a white hourglass on its thorax.

“Better make sure I got its head,” I said to my companion, looking down to see two eyeballs, similar to those of the crazy man from my dream previously mentioned.

The latter makes more sense to me than the one before it. I’ve been very paranoid about ticks this season, ever since having found three on my head and body a while back. One of them had been crawling on my belly after I went to bed. I’m surprised that in itself didn’t give me a raving nightmare.

Now, whenever arriving home from hiking around, I inspect myself thoroughly to make sure none are crawling about.

So goes another weekly tirade. Thanks for taking the time to read this, and for your continued support.

In closing, allow me to share my latest Cover Your Ears, a song written by Ray Davies of The Kinks: