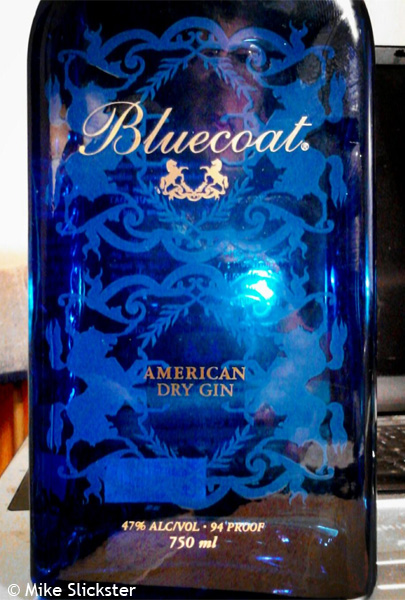 Depression is a nasty word, even when talking about the weather. The meaning of the term is much nastier when it’s a human affliction, so burdensome like having a ball and chain attached to one’s extremities. Varying degrees of the unpleasant disorder rule over many, more than are imagined, as the perceived stigma for having this disease is assumed to be “weakness of character,” not something an insecure, hurting individual is willing to admit. So the horribly distressed souls learn to live a life of morbid misery, coping by finding whatever gives them temporary relief, according to which level their debilitation has enchained them. Not only that, but having a medical history of taking antidepressants can have an adverse effect on a person’s gain of employment.

My favorites are niacin and now cashews. The latter has been praised recently for its tremendous tenacity with regards to treating depression. The nuts are rich with an amino acid that’s broken down after ingestion to form niacin, an anxiety-reducing, sleep-inducing compound absorbed by the brain; as well as a chemical which is broken down to form a neurotransmitter for maintaining a profound state of ingratiating well-being with feelings of wholesomeness and welcomed contentment.

Vitamins have always been the source for maintaining my mental health. Niacin, when taken in its true form, gives the body a mean rush, or flushing sensation, which is perceived as if blood is surging all at once throughout the entire vascular system. Tingling and thermal reactions are experienced right up to the top of one’s head and hair follicles, down to the very tips of their toes, with their face flushed as if exhibiting embarrassment; and a distinctive tint of red skin is evident on the rest of the body. Not everyone appreciates that reaction like I do, it seems. The drug companies began to make nicotinic acid (niacin), or vitamin B3, utilizing a buffer to eliminate the blood-flow buzz, thus taking the fun out of it. From that point onward, a multivitamin sufficed for me.

Recently I found non-buffered, flush-inducing niacin—500 mg to boot—at the neighborhood pharmacy, while purchasing my monthly box of thirty Breath-Right Nasal Strips, utilized at night when sleeping. The adhesive accoutrements are draped across the ridge of my nose, behind the cartilaginous wing or nostril covers, to open up the nasal passageways and allow me to snooze more soundly. Along with the vitamin B3 and nasal strips, I purchased a liquid spray to use before nodding out, to prevent the dry mouth experienced from having run out of the Breath Rights, and breathing all night through the mouth instead of my proboscis. Procrastination was the cause for the lapse before obtaining the new supply.

Once again savoring the nicotinic-acid rush, I felt invigorated and full of steam after popping a tablet the following morning. Utilizing the dry-mouth-prevention spray in tandem with the nasal strips during the night before, I slept more soundly and longer than in ages. I couldn’t believe the change, making me want to celebrate and purchase a bottle of booze. While at the PA State Wine and Spirit’s Store, I found three-quarter-liter bottles of my favorite gin were missing from the shelf. The clerk said they were out of it and suggested a new variety of the liquor called “Bluecoat,” distilled by a retired Philadelphia policeman. I decided to try it later that night and got into a very lovely frame of mind as the result.

The preceding, long-winded dissertation was needed in order for me to continue with the red-rash paranoiac extravaganza from part one of this psychological thriller. The resultant skin eruption, occurring several days after the tick bite, looked nothing like anything I had seen during my frantic search on Yahoo or Google, scanning through hundreds of gross, nauseating, eye-opening images of skin disorders. Not one photo showed an aberration like mine, spread completely on both undersides of the forearms, yet not on top; but some were similar to the rash on my feet. It itched like crazy, especially on the first night, bringing me to the brink of insanity from attempting not to scratch for fear of its spreading.

I ruled out poison ivy or some other form of vegetation, for the rash I had was too uniform, covering the affected areas like a thin layer of red paint had been applied with a brush. Kidney problems could initiate a rash. I had been getting an occasional, dull ache around the renal vicinity, making me wonder if the new brand of gin might have been the cause. Perhaps my liver was effected and might have spawned the reaction, I thought; but the photos of the respective rashes were noticeably different from mine. The abnormality could have been from an allergy to the new brand of laundry detergent I had just bought.

My brother had shingles at one time, brought on by the dormant chicken-pox virus, which we both had as kids. That horrific rash lasted for a few weeks. I searched for information and discovered the viral eruption only occurred on one side of the body, where my rash was found on both. Perhaps I had eczema. Maybe it was the dry-mouth spray that caused the enigma. I concluded the buzz-inducing niacin was the most likely culprit, but decided to stop taking, utilizing, or imbibing everything just mentioned, intending to wait it out for a week to see if it disappears. My main concern was to stop the itching and the cause of the dilemma.

Selecting good old Caladryl Lotion and an antihistamine (benaydryl) for my self-prescribed RX, both mentioned regularly throughout my extensive research on the Net; laying off the niacin, multivitamins, fish-oil tabs, alcohol and dry-mouth spray, I was finally free of the dreaded skin rash after six days, getting noticeably clearer each day after day. The lotion took care of the itching for the entire duration.

Three weeks have passed since, and I’m still off the alcohol, the hair-raising niacin, and the dry-mouth remedy. I ruled out the laundry detergent after having done a load of wash the other day, and am still rash free. Tonight after I finish this, I’m going to try the gin again, albeit only one drink.

Too bad about the niacin; I’m convinced vitamin B3 was the cause of my problem, which made me turn to experimenting with eating two handfuls of cashews daily, stated to be the equivalent of a daily dosage of Prozac. I’ve been sleeping better since I started downing the nuts, and feeling a lot happier during the day. Placebo or not, a pound of the edible kernels landed in my grocery basket this afternoon while I was doing the food-shopping.

Now, whenever I go into the woods, I wear my hat, long-sleeve shirt and trousers, my hiking boots and use caution as to what I might be touching. Most importantly, a thorough check of my body for ticks is a compulsion upon my returning home. I found one a few days ago when I was at Silver Lake. Those nasty nits. Every time I feel an itch or imagine something is crawling somewhere on my body, I make sure it isn’t a dad-burned bug.

My paranoia has subsided, at least until another ache or pain develops. I’m going to fix me that Bluecoat martini now. I’ll let you know if anything abnormal develops.

As an early retiree with an honorary doctorate degree from the proverbial "School of Hard Knocks," this upcoming author with a lot of free time on his hands utilizes his expansive repertoire for humorous yet tragic, wildly creative writing that contains years of imaginative fantasy, pure nonsense, classic slapstick, extreme happiness and searing heartbreak; gathered by a wealth of personal experiences throughout his thrilling—sometimes mundane or unusually horrid—free-spirited, rock-'n'-roller-coaster ride around our beloved Planet Earth. Mike Slickster's illustrious quest continues, living now in Act Three of his present incarnation, quite a bit on the cutting edge of profundity and philosophical merriment as seen through his colorful characters, most notably evident in the amusing Thirty Days Across the Big Pond series, all of which can be found at Lulu.com.
View all posts by Mike Slickster →
This entry was posted in General and tagged alcohol, ankles, antidepresants, cashews, depressed, depression, dissertation, dry mouth, employment, feet, Fish Oil, flushing, folicles, gin, hair, human, kidney, liver, martini, misery, nasal strips, niacin, nicotinic acid, paranoia, philadelphia, placebo, poison ivy, policeman, procrastination, prozac, rash, sleep, souls, tick, toes, vitami B3, vitamins, well being. Bookmark the permalink.